OUR PASSION FOR TRADITION PUT AT YOUR SERVICE 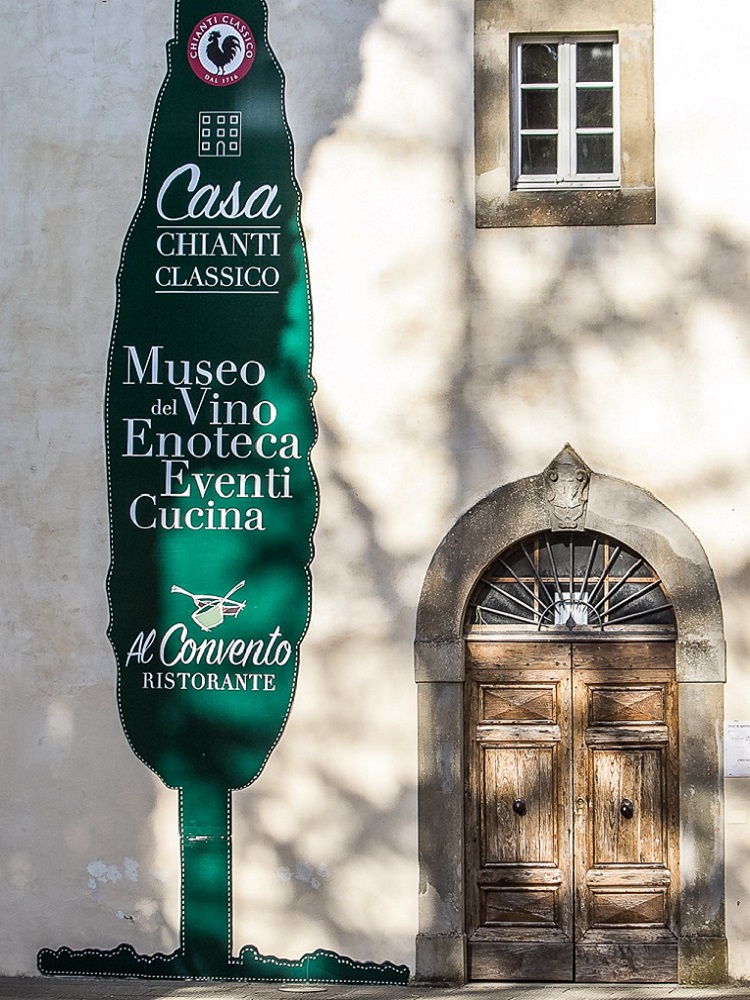 The Casa Chianti Classico is located in the heart of Tuscany, at Radda in Chianti, in the wonderful eighteenth century convent of Santa Maria al Prato.

The Casa offers, in a perfectly restored ancient setting, activities related to the wine and culture of the territory: our bistro Al Convento, the exclusive Gallo Nero wine shop, a sensorial and informative pathway devoted to wine and the history of Chianti Classico, space for exhibits, courses on wine (and other topics), space for events and educational meetings, cooking classes, and much more.
A terrace over the Chianti hills, the ancient friars’ refectory and the original cloister enhance the Casa’s atmosphere.

A place for wine and culture hospitality where the visitor is invited to live a magical experience linked to the many styles of Chianti Classico wine. 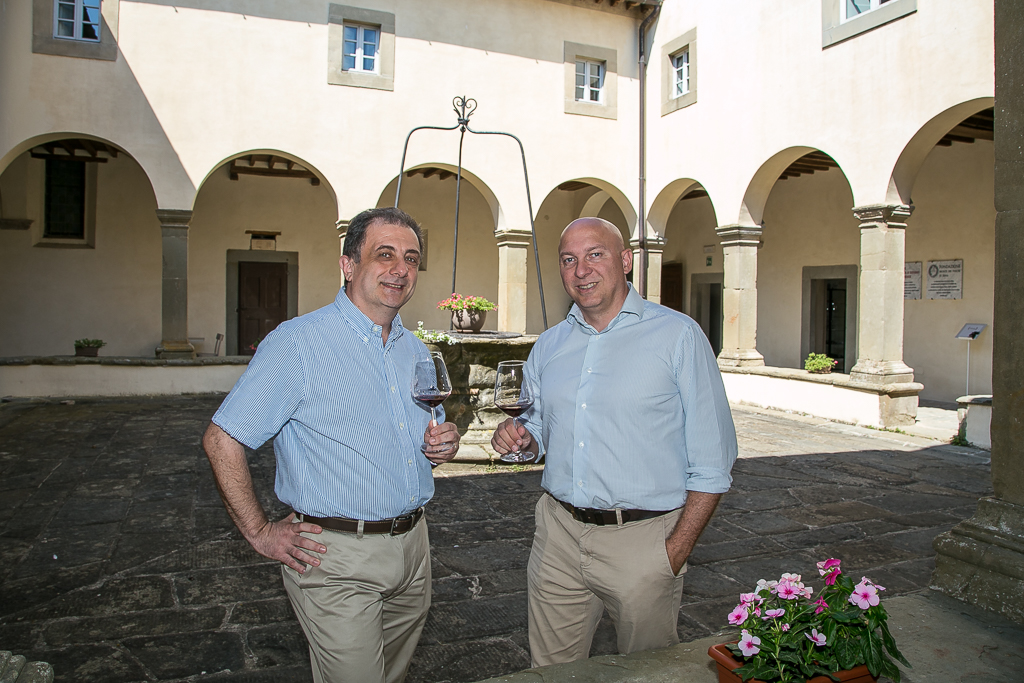 Giuseppe Pollio and Alessandro Boletti, who have adopted Tuscany as their home years ago, are two friends who share a great passion for wine, food and for the Chianti culture.

Alessandro, Giuseppe and the entire staff at the “Convent of Radda” await to share with you a genuine hospitality and the emotions of a distinctive place.

The Convent of Santa Maria al Prato in Radda in Chianti dates back to the eighteenth century, when the existing Romanesque oratory was entrusted to a religious community, which dealt with the restoration and construction of the structure adjacent to the pre-existent church and the addition a portico in front of it.

The toponym "Santa Maria" has ancient origins, the sacred building is remembered from the beginning of the 9th century as a place of pilgrimage in veneration of an image of the Virgin, considered miraculous. Later it became a Marian oratory, under the church of St. Niccolo’at Radda. Inside there is still a painting by Neri di Bicci, dated 1474, and depicting the Madonna and Child among Saints Niccolò, John the Baptist, Mary Magdalene and Saint Anthony Abbot.

In the eighteenth century, due to the interest of various prelates and in particular of the bishop of Fiesole, it was thought to bring a religious community to the heart of the Chianti area, a project that took shape in 1708 with the donation of the place to the Reformed Fathers of the Order of Minor Friars by the community of Radda in Chianti. The first stone of the convent was placed on September 8th of the same year, the drawings and the responsibility of the design and construction were entrusted to friar Salvatore Siracusa, assisted by friar Camillo di Corsignano. After two years part of the convent was already habitable, but the entire structure was completed after several decades.

The Convent was surrounded by the area of the garden of the friars and there was, to the left of the entrance, a path of Via Crucis, now occupied by private residences built a few decades ago. On the ground floor there was the refectory and the common fire room, on the upper floors the cells that housed the friars.
In 1773 the Convent was visited by the Grand Duke Pietro Leopoldo, as recalled by the marble plaque still present in the cloister of the building.

The religious community underwent the suppressions implemented first by the French Government in 1808 and then revoked in 1815, then in 1866 the property became Italian state property. Following several changes of ownership, in 1935 the complex of Santa Maria al Prato was purchased by the Tuscan Province of the Sacred Stigmata of the Order of Friars, the religious remained there until 1974, when, reduced to a small number, they moved to another location.

The restoration was carried out in full respect of the original structure, the layout of the spaces and their use, so today the evocative rooms of the eighteenth-century Convent host different areas dedicated to the promotion of the Chianti area and all its expressions, productive, artistic and cultural.